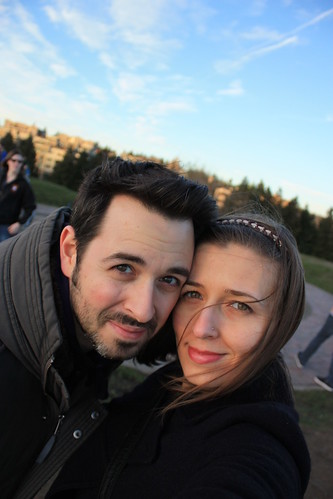 The clock ticked, and for once, we were able to ignore it.

“There is never enough time,” Rand is fond of telling me, and I nod in agreement. It might as well be our mantra.

I didn’t always feel this way. When I met my husband I was bored and lonely and every day seemed to stretch on forever. It was excruciating. And then he arrived and time began to zip by, and life suddenly seemed far too short.

(Today might be Leap Day – the 29th of February – but that doesn’t mean we get an extra twenty-four hours. It just means that we’ve renamed March 1st. Time breaks every tackle attempt we’ve made, and continues to march on.)

The moments I get with my husband always feels like they’re stolen. His hours at home are often spent in front of a computer. He will take a break for dinner, and sometimes we will even curl up on the couch together for an episode or two of something. But after that he will look up at me with guilty eyes and I will heave a sigh, because we both know that he must return to work.

And it’s okay, it really is. Don’t feel sorry for me because I don’t get to spend every minute of every waking hour with the love of my life. If I did, this blog wouldn’t exist, and I’d probably be exhausted. The heart can only take so much.

Besides, I’m comforted by the knowledge that I get to keep him until the end of my days or his, which I hope will be ages from now, when we’re old and wrinkly and our joints creak more than the bed every time we try to get it on.

I apologize for the above visual.

Rand reminds me, too, when I cling to him, petrified that something will happen on those rare times he’s on the road alone, that we’ve already had a pretty good run. The world could end tomorrow, and I will have had ten long years with the love of my life. I can’t help but feel fortunate.

And yet, I still want more. In his wedding vows, Rand told me he wished for a day like the one Bill Murray has in Groundhog Day. Where he relives the same day over and over again, in the company of a woman who he loves, until he finally gets things right.

Rand told me he wanted a day like that with me, outside of the time-space continuum. A bonus day, free of obligation. A day to do what we wished.

And just a few weeks ago, thanks to snow in London, we had one. It was February 4th, just a few days after the actual Groundhog Day, and the morning after we had curled up and watched the movie.

Rand was set to leave for Munich for a few days. He was flying through Heathrow, scheduled to leave mid-afternoon on a Saturday so beautiful, it felt like spring.

I was pissed. Life is short enough without your husband leaving on one of the four sunny days Seattle gets a year. But it was only for a few days, so we sucked it up. We had breakfast with friends, spent the morning enjoying the sunshine, and moped a little bit.

And then it was time to go. Rand went to the computer and tried to print out his boarding pass. He had attempted to do so the night before, but was unable to. Again, he had no luck. He couldn’t check in for his flight. He tried calling British Airways, but only got a message saying that the system was overwhelmed with calls.

Finally, he received an email with an updated itinerary … for Sunday. His flight had been cancelled and rescheduled for the next day. While we sat in the Seattle sunshine, Heathrow was covered in snow.

To this news, I reacted thusly: 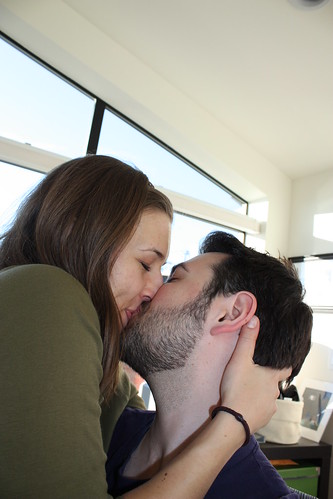 It wasn’t that his trip got shifted one day over – he was still coming back on the same day. It was that his trip was now one day shorter.

Boom. Just like that, we got an extra 24 hours. We got our Groundhog Day.

I grabbed the front of Rand’s shirt.

“I don’t think you understand the significance of this,” I told him. “Imagine if, at the end of your life, you were told you got one more day. You’d be thrilled.”

“But this is better than that,” I continued. “This isn’t an extra day at the end of your life. This is an extra day in your prime. When you are young and beautiful and everyone you love is alive and well.

(I feel compelled to tell you that at this point, Rand’s eyes welled up, and he hugged me tightly, an action which squeezed a fart out of me. At which point Rand glared at me and said, “God damn it, woman, what is wrong with you?” Life is not like the movies.)

And because – like all good gifts – we hadn’t anticipated having this day free, there was nothing on the calendar. We could do whatever we liked.

We drove around. We climbed to the top of Kite Hill at Gasworks park. 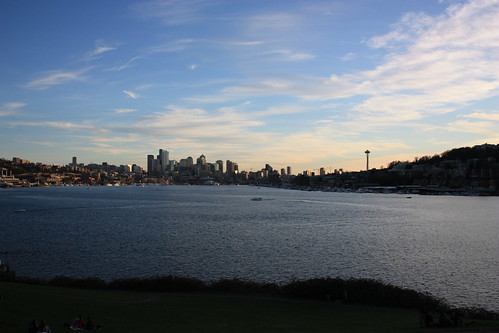 Had there been sun in London, we'd not have seen this. 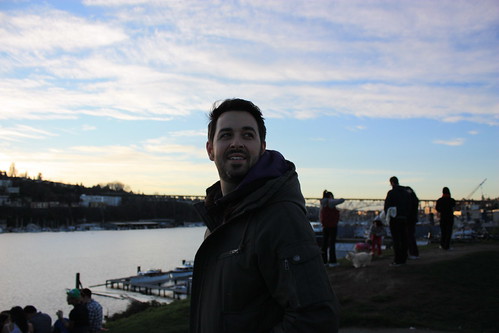 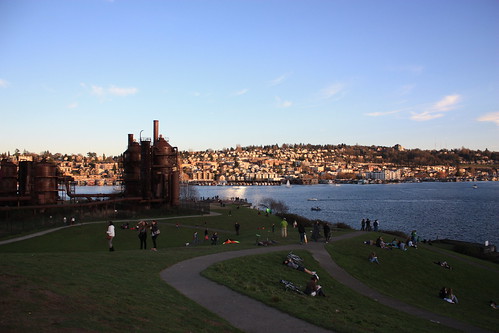 We surprised someone with cupcakes. We went to see our friend’s band play. We ate french fries in the middle of the night. 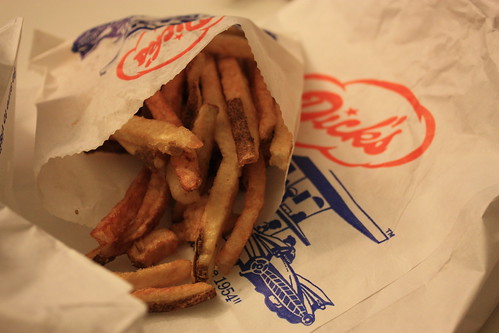 I suppose in the grand scheme of things, it wasn’t that big a deal. It wasn’t the best day of my life, or even that memorable. But it was an extra day with my husband. One we didn’t think we’d get. And in a world where there’s never enough time to begin with, it was nothing short of miraculous.