Edward and I have inherited a tendency from our dad. I’m not sure if it’s a conscious one (I know for me, it’s not. Hell, I’m doing it right now).

Our faces, at rest, are usually scowls.

It might be that the opening for our ocular nerve is abnormally big, thus letting in too much light and making us incredibly sensitive to sunshine and the brightness makes us cranky (I am largely making that up. Though my ocular nerve is abnormally large. I suspect it was an evolutionary tactic aimed at drawing attention away from my butt). Or maybe it’s that we don’t have the greatest of eyesight, so we’re constantly squinting. Or perhaps it’s that we’re always just a little bit pissed off. Whatever the reason, we often roam streets looking angry, or upset, or a wee bit murdery. 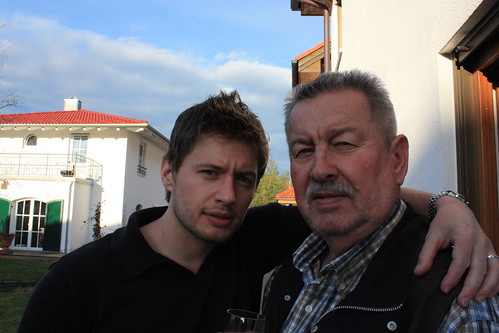 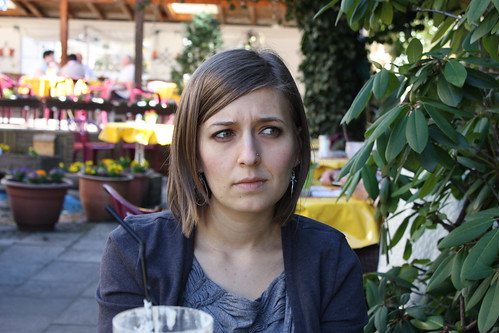 I can’t tell you how many photos I’ve had to delete over the years because, despite being in a perfectly amicable mood at the time they were taken, I look like I’m contemplating the jail time I’d get for stabbing the person next to me with a fork.

There’s also the obnoxious side-effect of having perfect strangers (often hobos) scream, “SMILE!” at me as I pass them. This does not, in any way, make me want to smile. Instead, it makes me self-conscious, and causes me to start rummaging in my purse for my stabbing fork.

At any rate, when my brother, Rand, and I visited my dad a few months ago, there was a lot of scowling going on. Despite the fact that at least half of us were having a pretty nice time. I’d like to blame it on the genes, but if it were, then it wouldn’t be contagious, would it? 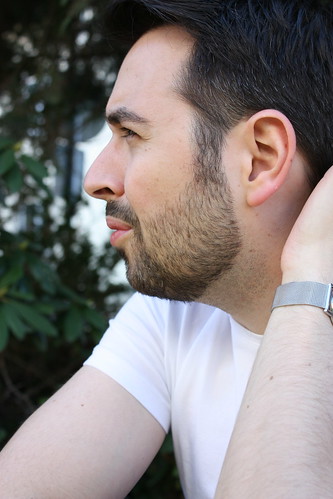 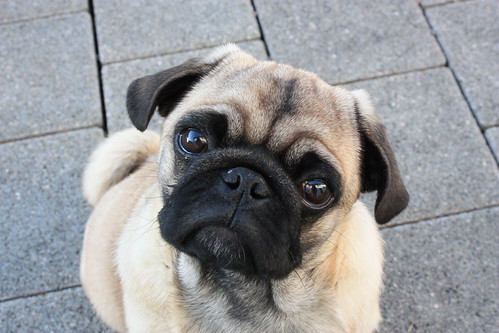 Don’t leave me hanging here, folks: what weird facial expressions do you tend to make over and over again? Do you have a lazy eye? A constantly-scowling face? A general air of ennui that is often caught on film? I can’t be the only one whose vacation photos look like they’re scenes from a re-imagining of a Tolstoy play (who, for the record, was a pretty great scowler himself.)