There’s a song Rand has been playing a lot recently. It breaks my heart a little, each time I hear it. The artist sings about how he was made for sunny days. About how he weathers gray skies, and falls in love and …

Sigh. You see where this is going right? Of course.

This song – this optimistic and silly and bright little song – it reminds me of my husband. (I know, I know – ick, right?) 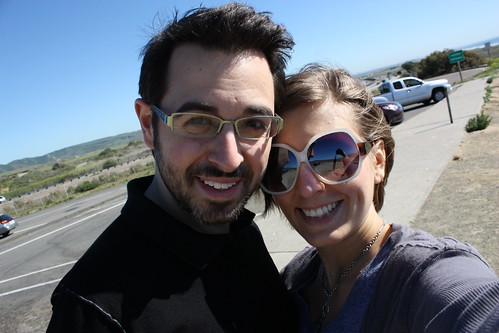 Sometimes he manages to lull me into a temporary state of "not anger."

Because the innermost workings of his soul are a warm and happy place. They are filled with cartoon birds that flutter around and bunnies with twitchy noses. It’s basically Bambi, with indie music. Also, there’s no crime and health care is accessible to everyone regardless of income or legal immigration status. The resulting disposition of a man with a soul such as his: happy. Filled with goodness and love. 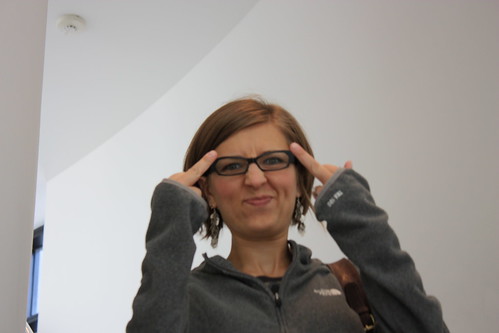 Those of you who read the blog regularly, or who’ve spent at least 5 minutes in my company, probably know what I’m like already. My brain is filled with complaint letters and Dick Moves!, frustration at traffic, at the weather, at life in general. He was made for sunny days, but he married a woman who is, frankly, only happy when it rains. Our anthems and our attitudes clash, and we find ourselves in a struggle as old as our relationship: I try to ruin his mood, he tries to elevate mine. Occasionally, one of us succeeds, but when I do it’s a hollow victory, as it leaves us all miserable.

Take the events of a few weekends back, for example. Rand’s laptop – a lovely and loyal machine – had just met its end at the hands of TSA agents. I, naturally, was pissed. My disposition did not improve upon finding that our plane had a malfunctioning gauge, causing us to deplane and sit around the gate. The evening was spent waiting for hours for a replacement aircraft to come.

It did not put me in a good mood. On the contrary, I was in a rotten, miserable, awful mood.

But Rand? He was downright chipper. It was somewhat infuriating. He read things aloud to me (“Did you know they found the wreckage of the ship that inspired Moby Dick? The captain had to eat his own cousin to survive.“). He laughed at his own terrible jokes. And worse still, he was trying to spread it.

“I’m going to get you to smile,” he said, as we stepped off our non-functional plane.

I growled in response.

“Oh, what are you upset about?” he asked lightly. “What do we have to do when we get home? Nothing. This is the best time this could have happened. We have no flight to catch. We have nowhere to be.”

I glared at him. How could he see the bright side of everything? Why did he have to ruin this rotten moment for me?

“I’m really upset about your laptop,” I said.

“Yeah,” he said, a touch of sadness spreading across his face (he’s human, after all). And the cracked piece of machinery that followed him across the globe in one piece was now in two. But he instantly rebounded after reading about the fall of Mubarak in Egypt, and people celebrating in the streets.

I was steadfast in my crankiness, though. And eventually, I managed to spread my bad mood to him. It took hours, but I did it (the flight home was disastrous). And then, of course, I felt worse than ever.

Of course, that Friday was just one example of many. I am always the one to be upset by trivial things, to be brought down by broken laptops and delayed planes. I just can’t see any other way.

I mean, if you give up on being upset, if you let things just roll off your back, it’s a sign of weakness, right?

Maybe not. After all, it’s a lot harder to let go of one’s anger than it is to hang on to it. Being cranky is easy. That’s why so many people are. Being sweet, and lighthearted, and patient? To be the sort of person who shrugs off the bad, and smiles at strangers? Who holds open doors for people walking behind him and buy dinner for strangers? That’s a rare thing indeed.

So here’s the deal, Rand. I promise to try. To not care about destroyed laptops. To shrug off 2-hour delays and terrible meals eaten in musky-smelling gates. To smile at tales of revolution and familial cannibalism.

I can’t guarantee I’ll succeed. I can’t promise I’ll be able to laugh everything off. I can’t even promise to try (I lied before). But I promise to try to try. And for the guy who sees the silver lining on every rain cloud, that might just be enough.

Because you were made for sunny days, babe. And … 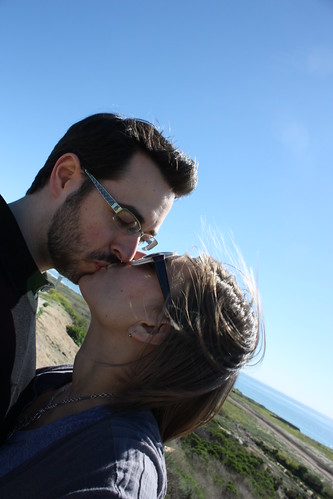 Well, you know the rest.