This is the downside of travel – jet-lag that strikes almost randomly – gone one day, here the next, leaving you with the almost beyond-human superpower of waking up before dawn without an alarm. Without so much as a yawn. (Except just now – try writing the word “yawn” without yawning. It’s impossible).

And so now, in the wee hours of the morning, I’ve decided not to tell you about the trips that resulted in the crazy jet-lag (I mean, I will, eventually, but not yet) and instead backtrack to tack about Boston once again.

Specifically, the Old South Meeting House. After all, what better way to mark the Wednesday after Election Day than with a talk about the real Tea Party? 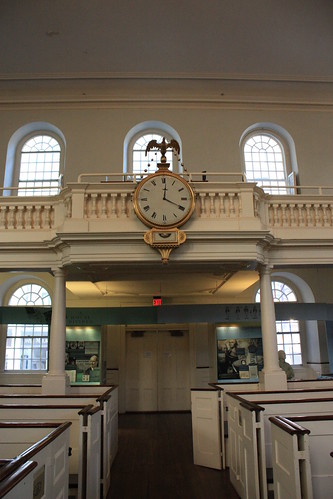 I was so zonked, I forgot to take a picture of the exterior of the Old South. This here's the inside.

The Old South was integral to the Boston Tea Party – as the largest building in town, it was a meeting hall where early American revolutionaries met and planned their soon-to-be-historical deeds. It was originally built as a Quaker house of worship (and was the site of Benjamin Franklin‘s baptism – a funny thought, because who, really, ever thinks of Benjamin Franklin as a baby?) – but those practical Quakers had no problem re-purposing and re-using their building for all sorts of things – a governmental building, a community center, etc., when church was not taking place.

And so, one night in December, five thousand Boston residents gathered together to discuss their grievances about being taxed unfairly by the Crown. And the result was that a small subset of that group decided to don some costumes and dump crate after crate of overly-taxed tea into the Boston harbor. This, presumably, is why you can’t get a decent cuppa anywhere on the continent.

How this ties to a bunch of old white men protesting on the side of the street in Florida 200 years later is somewhat beyond me. But focus, children! FOCUS! This was history! This was the first breath of the American Revolution. The first clumsy, tentative steps taken by the would-be-founders of our once-great (and possibly will be again if Obama gets a second term) country! This is exciting stuff!

But the Old South building itself? A trifle boring.

Just a trifle, mind you. This might be because there’s not all that much to do in there. And, of course, I was somewhat drugged. That probably didn’t make me a great appreciator of American history. There were some interesting tidbits, nevertheless …

A copy of a book of poems by Phillis Wheatley. Imprisoned at the age of eight and forced into slavery, Wheatley is widely considered to be the first African America women to have her work published. AT THE AGE OF 17. SHE WAS A SLAVE AND SHE MANAGED TO GET PUBLISHED. It’s kind of unreal, if you think about it. She would later die rather tragically and impoverished (but free, which was pretty rare in Colonial Times) at the ripe old age of 31. It’s a humbling and amazing story, and serves to remind those of us who spend too much time on Facebook to start working on our own damn books. 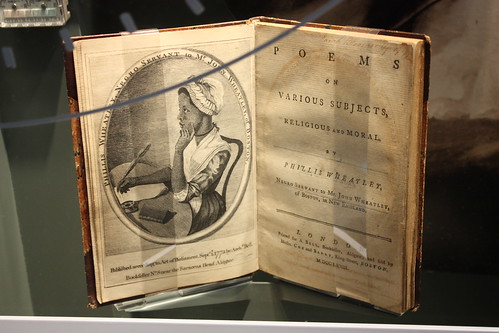 During the Revolutionary War, British troops seized control of the Old South Meeting House, gutted the inside, filled it with dirt, and proceeded to train horses within its walls. It is hard to think of those events without imagining the smell, which, thankfully, has been eradicated from the Old South, but not from my subconscious. Eventually Revolutionaries were able to gain back control of the meeting house, but still – that was one hell of a bitch-slap from the Brits. It’s also interesting to try and visualize the scene while you’re there … 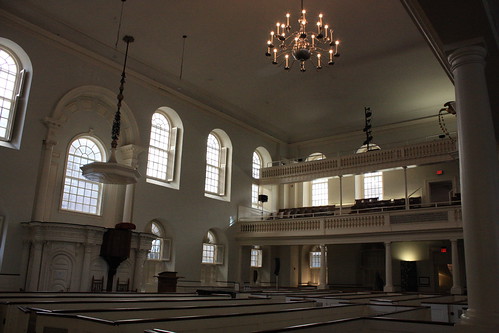 Over the next century and a half, the Old South would continue to serve a meeting house and town hall. Everyone was allowed to come and speak there, regardless of their views. Well, almost. While revolutionaries, abolitionists, anti-abolitionists, and countless other groups had been able to stand at the pulpit of the Old South and speak their minds, a few groups were prevented from doing so. Specifically, the KKK and birth-control advocates. Infringement of free speech makes strange bedfellows. 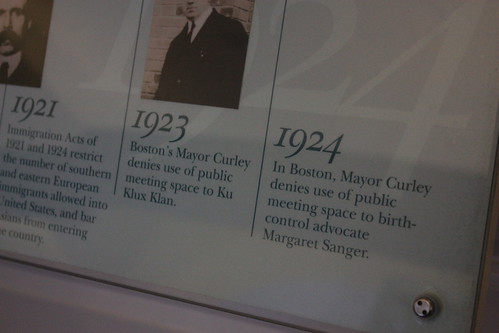 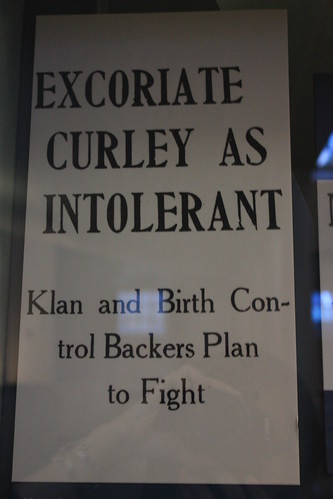 And, being the reproductive rights dork that I am, I recognized Margaret Sanger from across the room. Hi, Maggie! 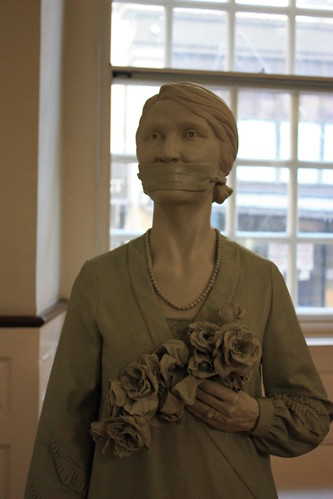 Today, the Old South Meeting House is primarily a museum, or a venue for the occasional historical lecture or seminar. Its long history makes it a great place to discuss laws and freedoms. Though groups can no longer openly speak at the Old South, there’s clearly a desire to maintain open discourse with everyone who enters. There was even a question posed to all the visitors – if the Old South were re-opened as a venue for public debate, would there be anyone who should not be allowed to speak? 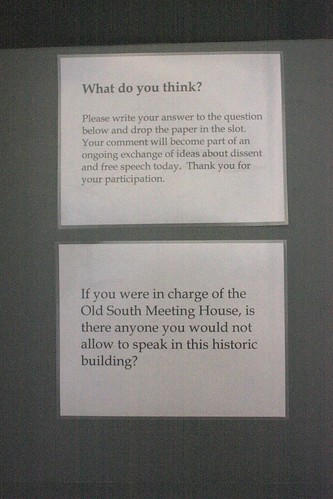 Most of the answers left were from kids on class trips, who wrote how everyone should be allowed to speak. They were adorable, but not all that interesting. A few folks, though, really got into the spirit of being able to anonymously answer a question. 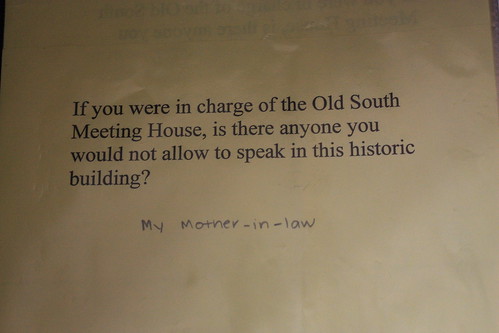 It's funny because they hate their spouse's mother. 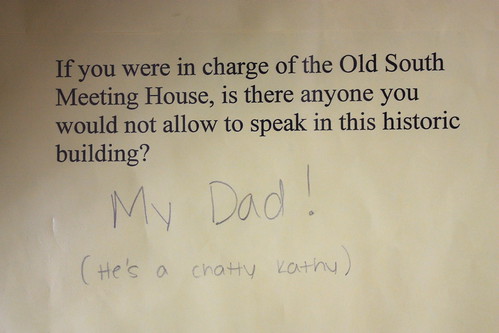 WTF is a "Chatty Kathy"? Seriously - anyone who uses that term is probably 70+ years old, and their father is long dead.

I decided to fill out my own card. I was tempted to write something like “JEWS, SINCE THEY ALREADY CONTROL THE MEDIA”, but no one would get the joke (Fact: you can’t communicate sarcasm in print). So instead, I just went with my usual anti-mayonnaise stance: 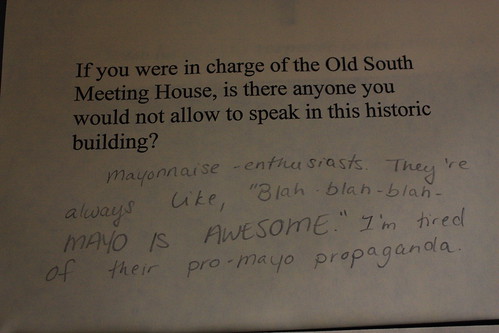 Tea Partiers, take note: attacking the pro-mayo agenda is something I could totally get behind.

Overall, the Old South made for a pleasant, if not overly interesting visit. I recommend it for history buffs and old people who can share their own personal stories of the American Revolution. Stay away if you have small children, because they will be bored to tears and hate you forever for dragging them there.