My friend Lauren came up to see me a few weeks ago for my birthday. She hopped on a plane and flew up to Seattle from San Francisco, for no other reason than to hang out. The subsequent geekery that ensued was neither planned nor expected. Lauren is from New York: she’s feisty and direct. I’d like to think that I know her – and her likes and dislikes – rather well.

And yet, and yet, and yet … When I asked her what she wanted to do while visiting Seattle, and her only response was “The Sci-Fi Museum“, I found myself quite surprised. Ditto to when Rand and I returned home from an outing to find Lauren sitting on the couch watching Serenity. People are complicated. Sometimes the girl in the leather jacket and the Brazilian blow-out is a total science fiction enthusiast. A geek of epic proportions. It is surprising and delightful, and there’s a lesson to be learned in all of it.

So on a drizzly day, Lauren and I headed out to the SFM (not be confused with the FSM). It’s adjacent to the Experience Music Project, and sadly, it feels like an afterthought. As though the SFM was something created to make the the EMP feel more robust, but not really a fleshed-out attraction in and of itself. One admission price covers both museums – but if you have your heart set on simply the Sci-Fi portion of it, you might end up feeling a little let down.

Of course, we still had  a great time … 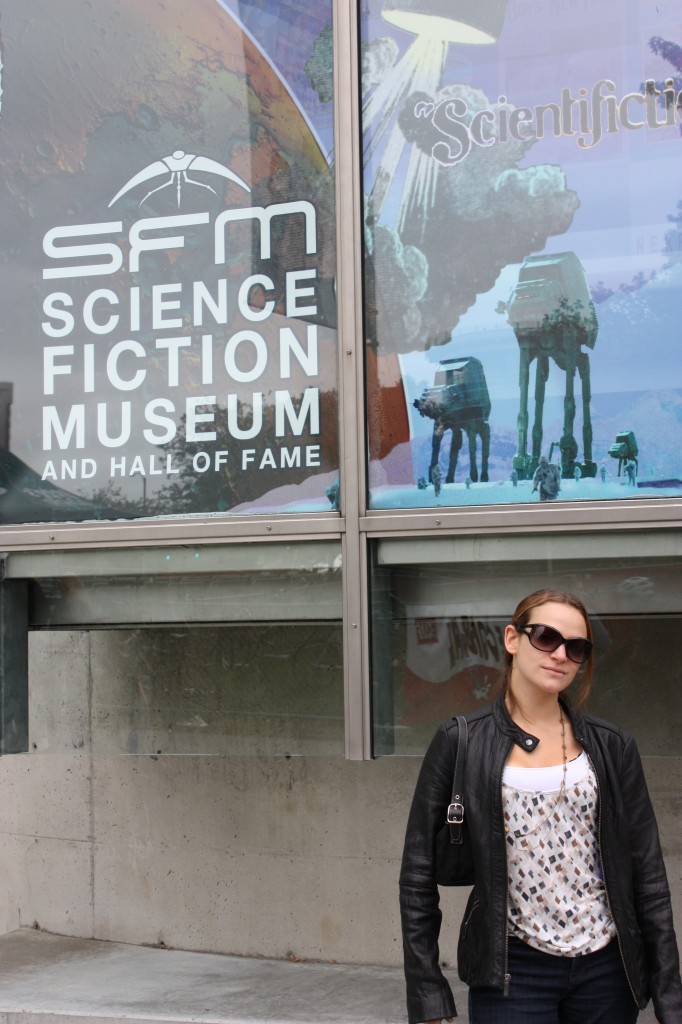 I guarantee you, this is the coolest anyone has ever looked in this exact location.

There were all these fantastic reminders of our childhoods, and the realization that a lot of the mainstream stuff we love is consider Sci-Fi. It isn’t just a fringe genre for 30-year-olds who still work at the Cineplex. 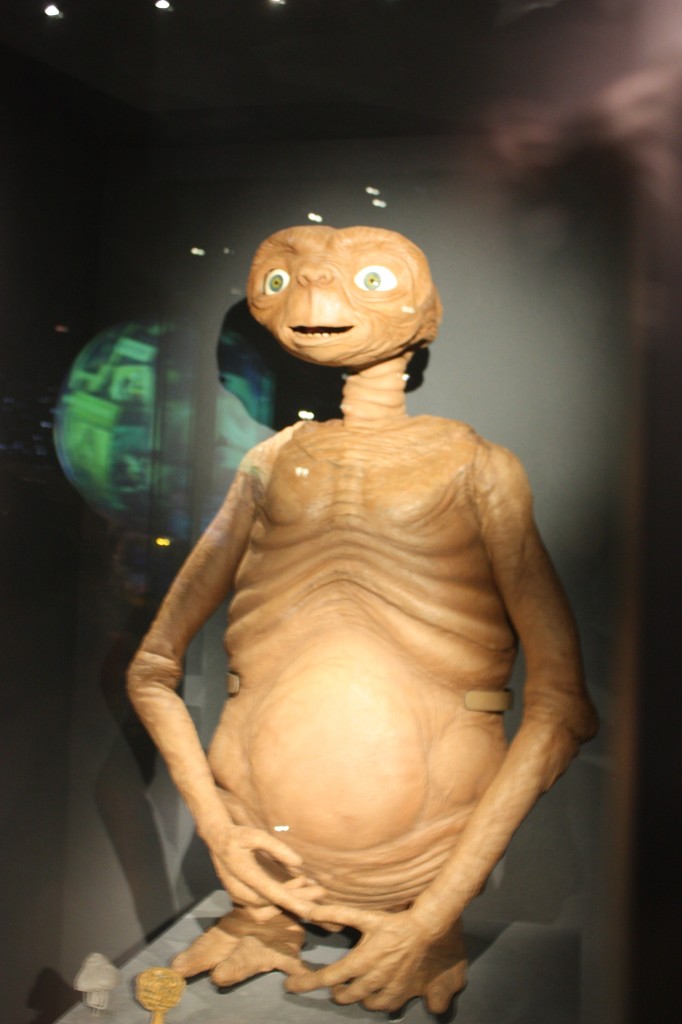 Gah! Can you imagine the roaming charges today?

I mean, Sci-Fi has managed to make us think of giant mutant turtles when we hear the names of classical painters like Donatello or Michelangelo. WE THINK OF GIANT TURTLES FIRST AND THE SISTINE CHAPEL SECOND. If that’s not a testament to the greatness of Sci-Fi, I don’t know what is. (Note: some of you might think that this is just an example of the failing of the American school systems. To which I would say: lighten up. We learnded just as much as kids in other countries like Alaska and New England.) 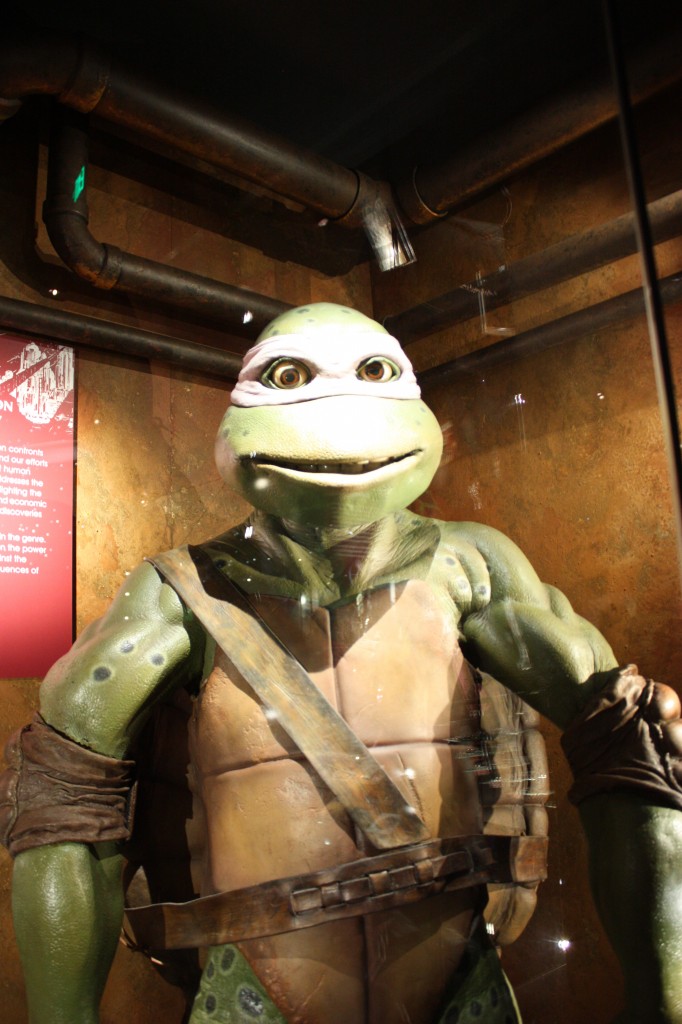 This was the first movie I ever stood in line for. 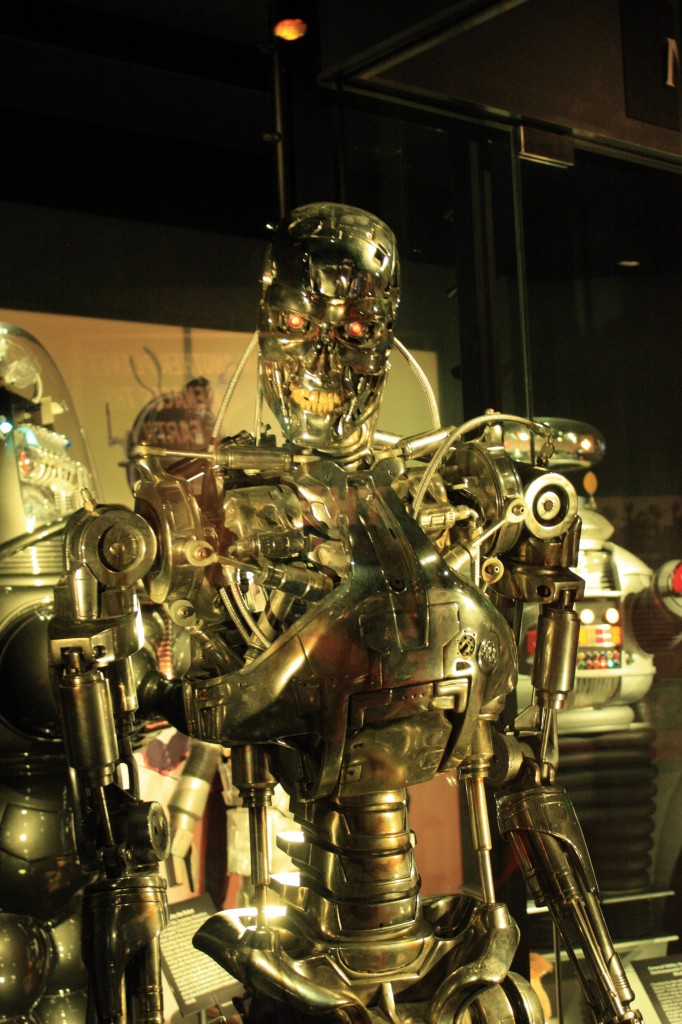 Honestly, it's weird to think that this robot has the Governor of California's teeth. That's weird, right? 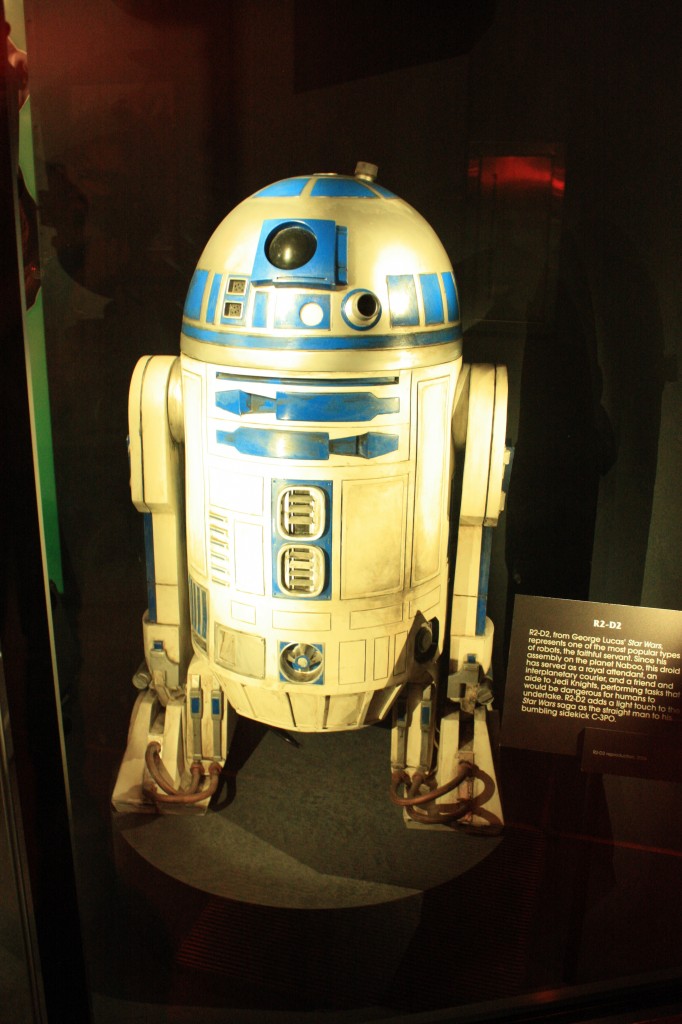 By coincidence, this is the now the background of both my and Lauren's phones.

I had last been to the museum a few months back with some friends, but since their main objective was the EMP, they ended up having a more robust experience – the Sci-Fi Museum simply added to it.

This time around though, Lauren and I wanted a bit more geekiness. Where were the interactive displays? The exhibits that tell you your weight on Endor versus Whatever the Hell Planet Chewbacca is from? The photo booth that lets you see what your and Spock’s children would look like? Not that you’ve thought about it endlessly since that Quinto fellow took up the role … I mean, that would just be weird.

Ahem. What was I talking about? Oh, yeah – the museum. If you’re a Sci-Fi fan, it’s worth the visit, though be warned that you might feel a twinge of disappointment (unless you’re interested in music – then the combination of both museums will probably delight you). We enjoyed ourselves, but we both left with a strong desire to spend the evening eating astronaut ice cream and watching the entire seasons of Firefly in hopes of getting our geek fill.

The EMP/SFM is open daily between 10am and 5pm (except on Thanksgiving and Christmas). For more info call 1.877.EMP.SFM1 or visit www.empsfm.org