San Francisco is a weird town. Sometimes, I forget this. You visit enough times, and you begin to lose site of just how bizarre a place is. And my frame of reference is pretty good: I travel enough to where the occasional jacked-up hobo in old-timey pajamas doesn’t phase me. But San Francisco is in another category all its own. Stranger than Seattle. More bizarre than Boston. And possibly more neurotic than New York (if such a thing is possible). Take a look at ten of the crazier things I saw last week …

1. Well, there’s goes the marketing budget for the year. What the hell is this ad for? I have no idea. But it’s awful. I mean, you want to be smart right? And balls-less? Or stupid and virile? I just DON’T UNDERSTAND. 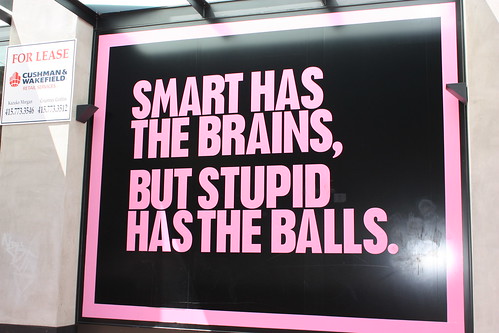 Stupid is also the one approving the marketing campaign.

2. HOLY CRAP – THAT’S WHERE HE IS. Saw this from the SF MoMA. It’s on the rooftop of a building adjacent to the museum. Promptly freaked the hell out. 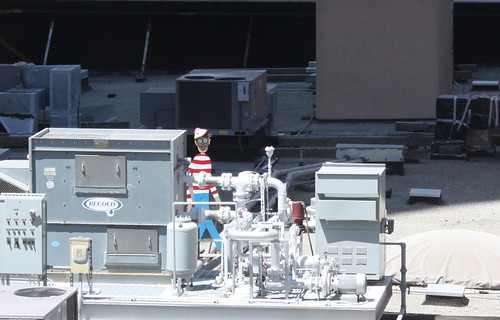 I mean, does the Pentagon know?

3. It’s MUSTACHE MARSHALL! I am convinced one of the writers for HIMYM saw this ad and it inspired the “Doppelgangers” storyline. 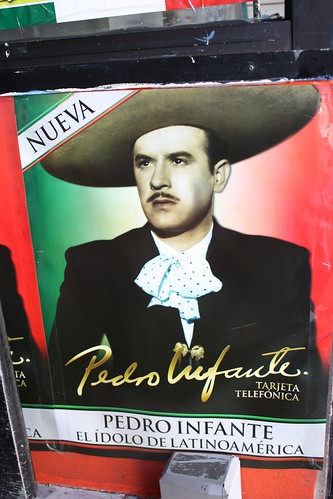 4. Dude wearing a fig leaf … and not much else. Funny thing is, this really wasn’t a big deal for anyone. Not the guy in question, not us, not anyone. I questioned whether or not I should take a photo, because, really, a little middle-aged-man-thigh isn’t a big deal in the Castro. 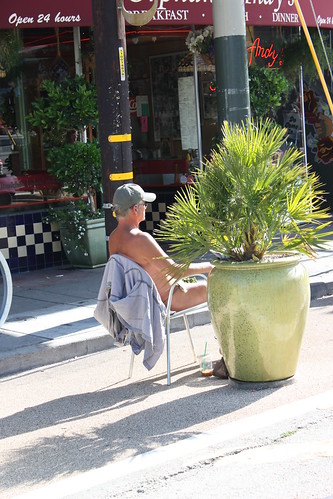 Last time, we saw a dude in pigtails and a Speedo dancing fervently in this spot.

5. Toilet instructions. When I first saw this sign (in the bathrooms near Golden Gate bridge) my initial thought was: “Um, really? We need instructions for this?” Part of it is smudged (DEAR GOD BY WHAT?) but it should read: “Please use a piece of toilet paper before flushing.” 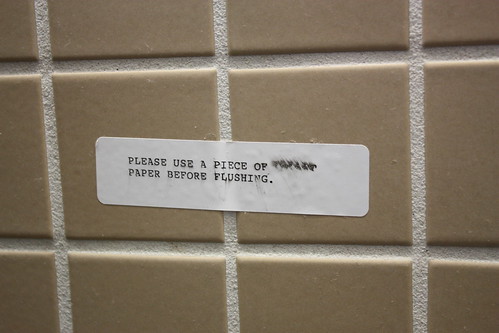 I mean, clearly it had been a problem, right?

6. Tiny Invasion. Okay, fine – so this little robot I saw on the street (made from the same materials used to mark lines on the road) isn’t that weird or strange. Unless you consider that I’ve seen these all over the roads in Seattle, too. A sign of the impeding 2-dimensional robot invasion? I think yes. 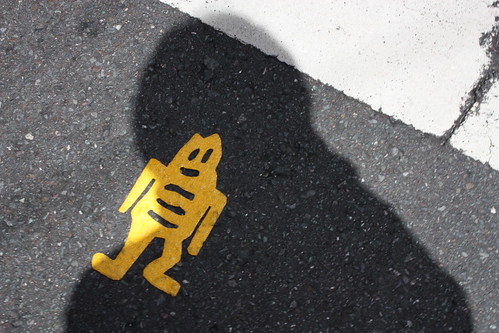 I suppose it could have been a 3-dimensional robot invasion, but they just kept getting run over.

7. Smoking Horse painting. I could elaborate more, but why bother? Its awesomeness defies explanation, anyway. 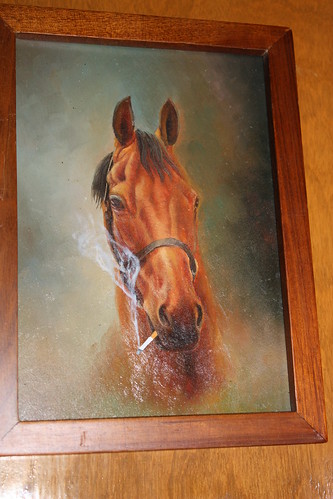 "A horse is a horse of course, of cour- COUGH COUGH HACK."

8. Bratz Baby Doll. Remember those Bratz dolls? The ones that kind of look like strippers who’ve had a bit too much surgery? Seriously, they make Barbie look Amish. Anyway, there’s apparently Bratz Babies, which, as far as I can tell, are infant stripper dolls. Huge amounts of make up, bikinis, and come-hither looks. Perfect for any 18-month old. 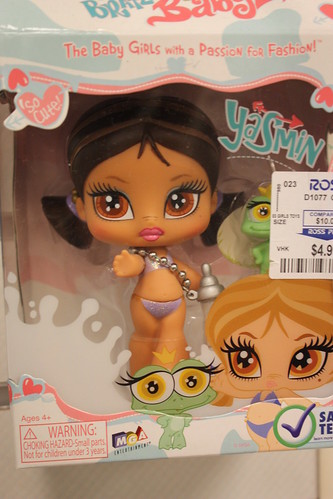 This is just so wrong.

9. Neon Buddha sign. Why not? Sometimes deities need to get their drink on, too. 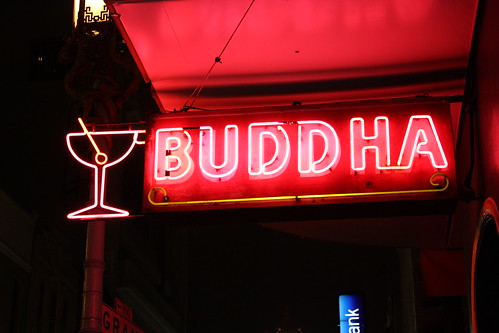 I heard they opened to the compete with the "Jesus Juice Bar" down the street.

10. City-sanctioned art in the BART terminal. I love this more than I can possibly say. And really, it wrapped up the sentiment of this trip to San Francisco: that the unusual and the bizarre mix are commonplace, they nearly become mundane. Like taking a ride on public transit, and seeing an old-timey diver attacked by a giant squid. 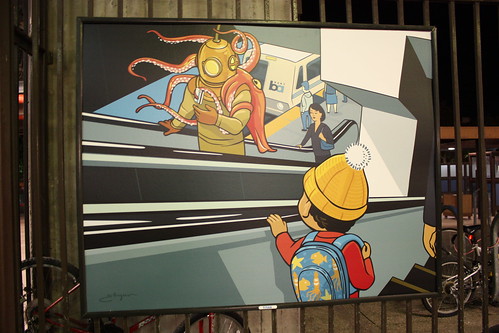 You ... got something on your back, there, buddy.