Last weekend, some friends of ours invited us to tour a few Oregon wineries with them. We thoroughly enjoyed the pinnacle of our yuppiedom, which included a tasting menu at The Painted Lady (a lovely restaurant that was named for style of the building in which it resided. I had hoped it was some reference to a whore, but was disappointed), and a stay at The Allison, a boutique hotel and spa that has a Gold LEED (Leadership in Energy and Environmental Design) certification.

In other words, they don’t just say they’re green – they have a plaque to prove it.

And clearly, a lot of attention was given to being environmentally conscious (save for one oversight). The hotel had solar panels, a grass roof (which collects rainwater, apparently. I think. Grass roofs kind of confuse me, to be honest), and had numerous little touches in the room that showed they really were paying attention when they learned to reduce, reuse, and recycle.

They’ve eliminated plastic water bottles, and instead water can be found in refillable glass bottles (which are sanitized, filled, and sealed between uses). 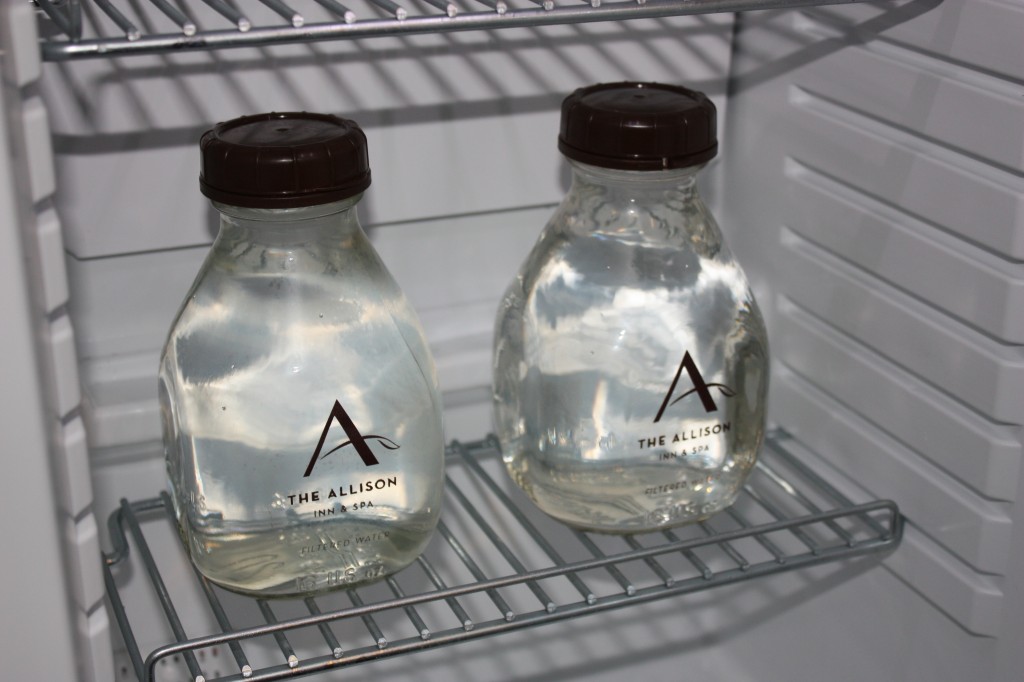 And in the bathroom, instead of those tiny bottles of shampoo, conditioner, and soap you usually find (which I’ve always thought were kind of crazy wasteful), they’ve included dispenser bottles. You simply take what you need and leave the rest. Less waste, and probably a lot cheaper for the hotel in the long run. 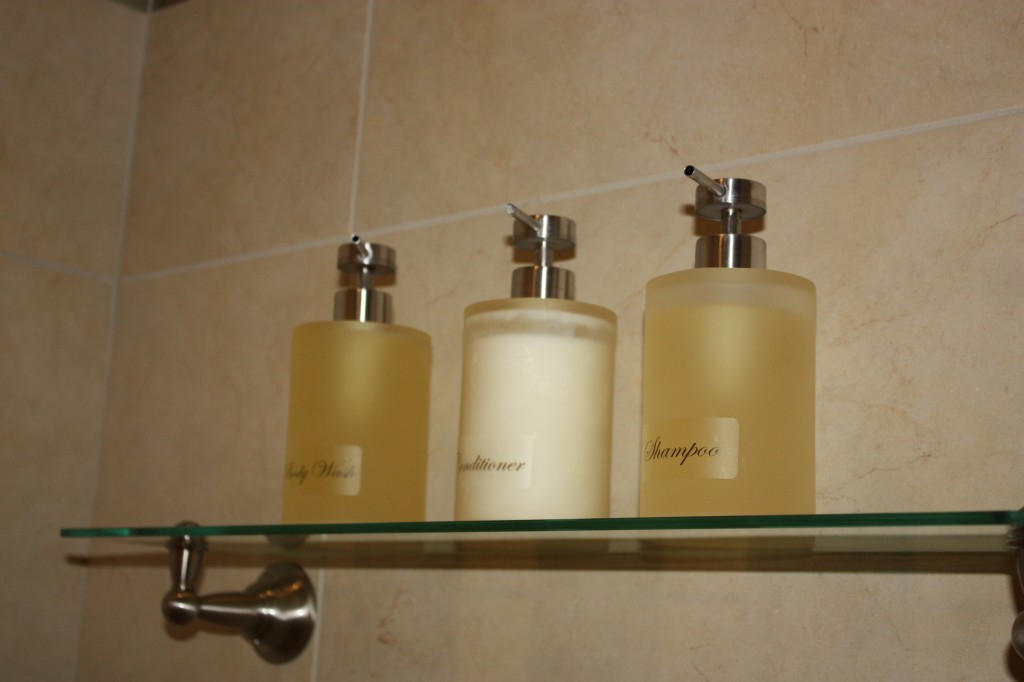 Nifty, huh? They're even labeled.

The attention to detail extended to the rest of the hotel, too. The place was gorgeous. The bedroom itself was huge, and had a sliding window into the bathroom (I mean, it also had a regular door to the bathroom, but a sliding window is awesome for a variety of reasons: you can watch TV from the tub, you can talk to people in the bedroom from the toilet, and you have an alternate means of escape from the bathroom in case of zombie apocalypse. Also, it provides good ventilation.) 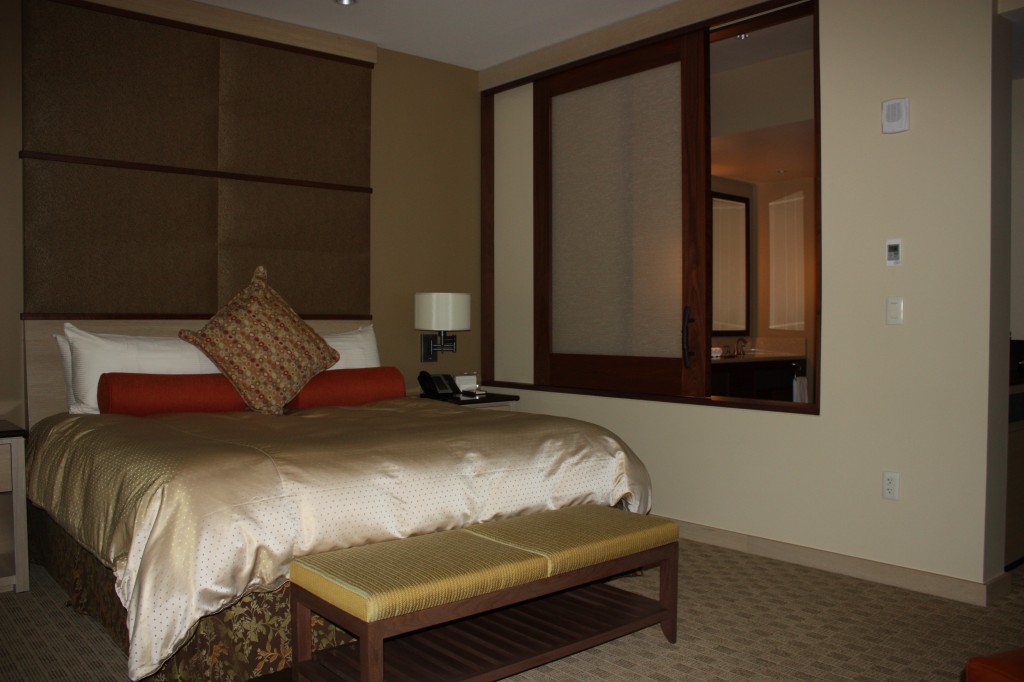 And there was lavender everywhere. I am quietly obsessed with lavender. It is the lasagna to my Garfield. Not because I tend to wolf it down or anything – I just like the smell of it. I don’t compulsively eat it. That would be weird. (Remember how I once said I sucked at analogies? I continue to.) 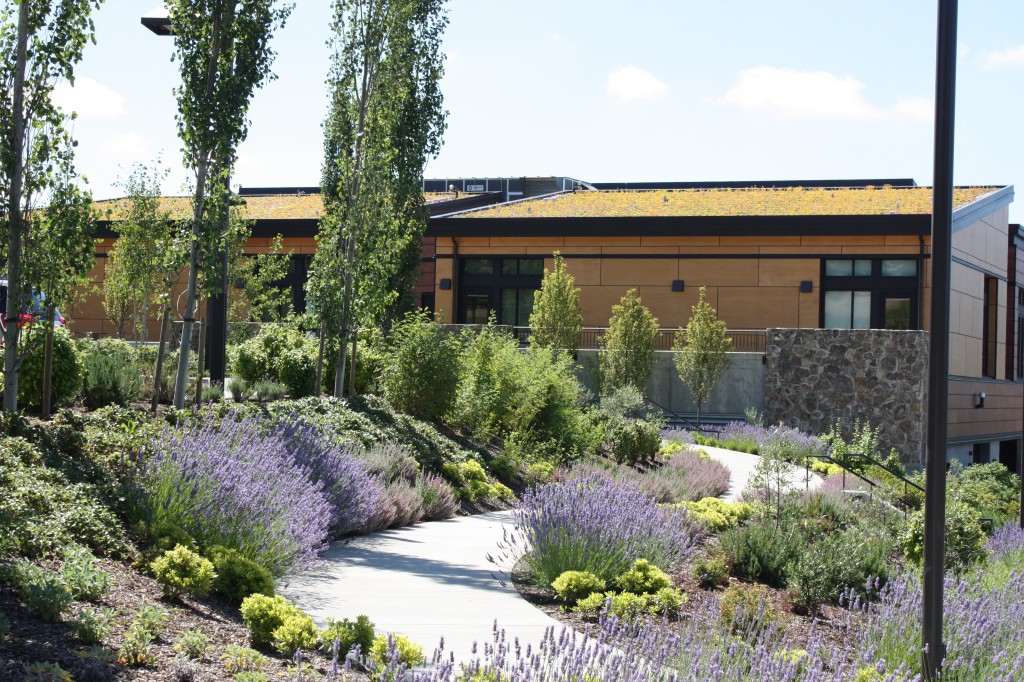 Notice there's stuff growing off the roof. If it looks intentional, odds are that you're in a environmentally-conscious hotel. 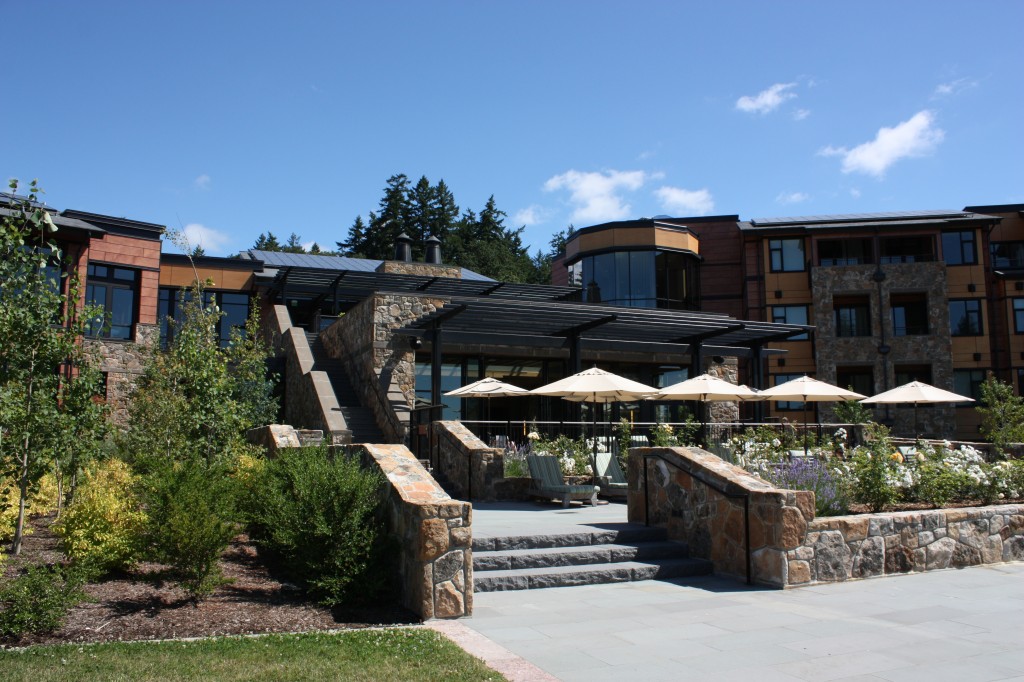 Notice the tall, window-covered column that's just right of center. This will be important later. 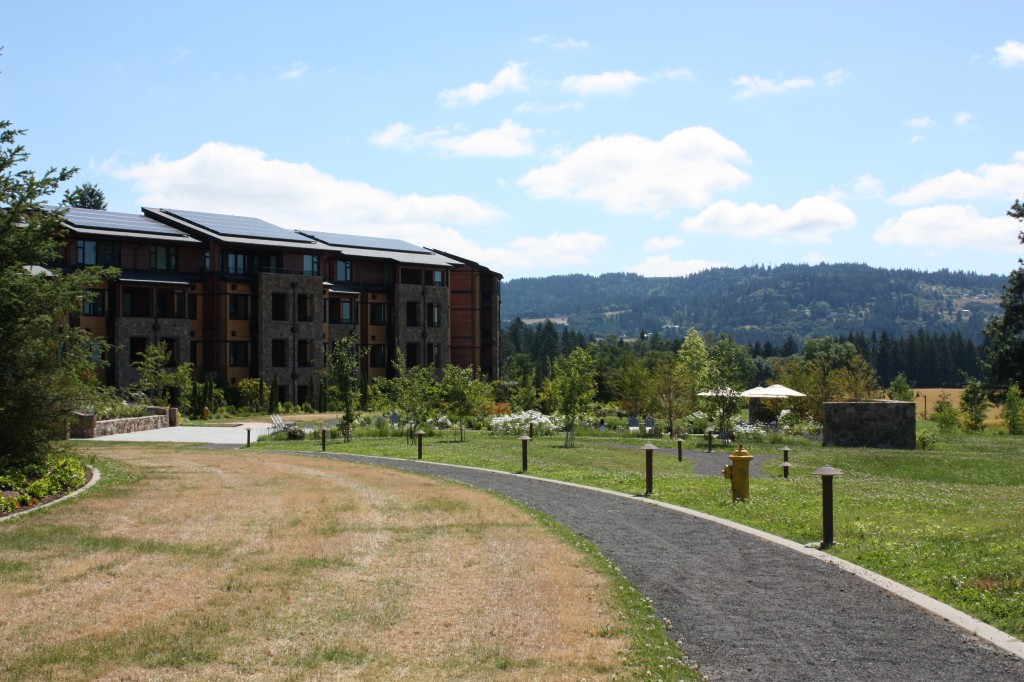 You can't really see from here, but there's rolling hills in the distance, and golden fields of wheat. Nature totally shows off during Oregon summers.

The completely amazing accomodations weren’t all The Allison had to offer. Every single person we encountered seemed genuinely thrilled to be working there. They were all smiles, and obliging almost to the point of farcical. We suspected they went to the Kenneth Parcell School of Hospitality. Rand and I had trouble keeping it together a few times, as they rushed to open doors to places they thought we were heading (No, sorry – just looking out the front door.)

And so, despite the crazy expensive rates (which I think were well worth it), The Allison had only one downside, and a particularly bad one in light of the fact that they are such a green hotel. (Note – the next photo isn’t gory, per se, but if you don’t want to see a picture of an adorable but rather dead animal, I suggest you look away).

Are all children and those of weak constitutions out of the room? 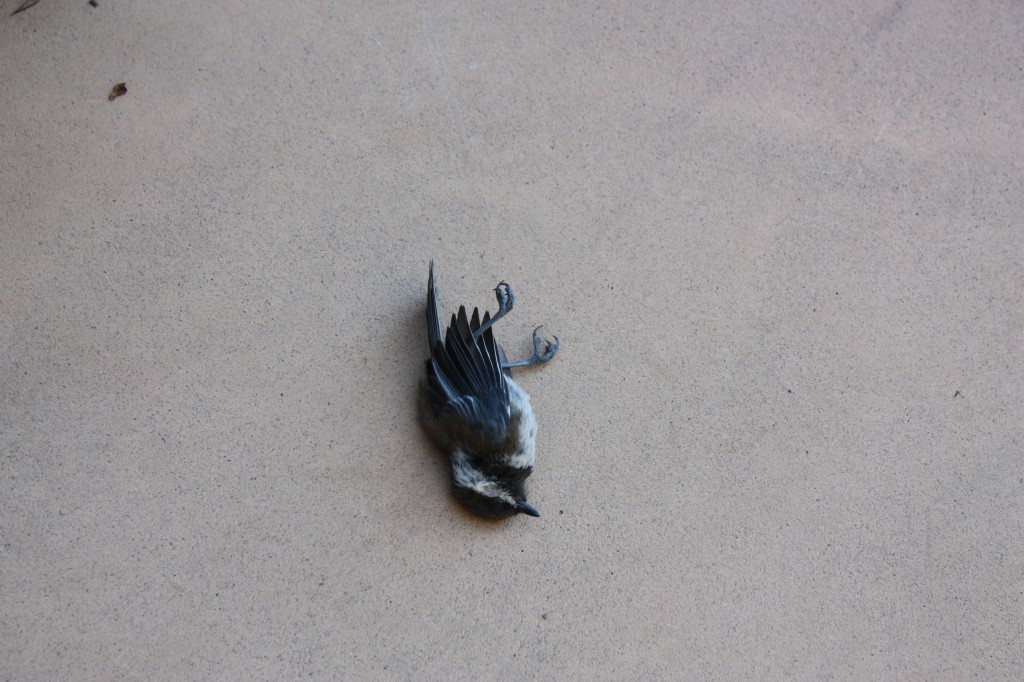 My dear husband tried to convince me that it was simply stunned. I love him endlessly for things like that.

Apparently the column of windows at the back of The Allison is so reflective, little birds fly right into it and die. As we passed this little guy on the walkway, I spotted another brightly colored dead bird embedded in the plants. I suspect I would have seen more, but Rand pulled me away, finding the whole thing a bit too macabre.

“Do you think we should tell someone?” I asked.

My reaction to his last comment can simply be summed up thusly: “GAH??!”

I hope very much that it isn’t the case, but I have a sneaking suspicion that a lot of little birdies meet their deaths near the back walkway of The Allison. And it seems, given how environmentally conscious they strive to be, they must be able to fix this, right? I sincerely hope that they’re working on it – and I’ve been trying to tell myself that all the other things they’ve done to make the hotel green off-set the carnage on their back patio.

At any rate,  Rand trying to convince me that the birdie was simply stunned brought only one thing to mind. (And I hope you’ll forgive this crassless juxtaposition, but remember, dear reader, I was only trying to bring levity to your day after showing you pictures of little dead birdies.)