Okay, so first off, apologies for a dick move on my part: I realize that postings have been rather slow as of late, and I’m truly sorry if I’ve disappointed either of my readers (Hi, guys!). I’ve been rather busy, and totally blocked (seriously, I tried posting about my friends’ wedding roughly 4 times with no luck. That post has taken longer than Britney’s Vegas marriage.)

Fortunately, today gave me the sort of gem that I just had to write about.

I am currently spending a few days in Palo Alto while my husband meets with a couple of people to talk about whatever the hell it is he does again. After dropping him off at his meeting, I stumbled across the Elizabeth F. Gamble Garden Center, and decided to stop in.

It was a lovely little garden, and as I walked through, snapping photos, I saw that a dozen or so people were stationed around the park, painting and drawing flowers. I was thoroughly charmed. It was enough to make even my withered black heart happy. 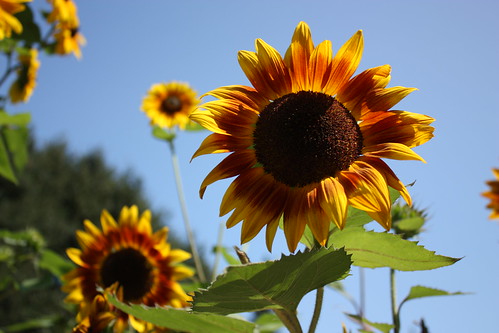 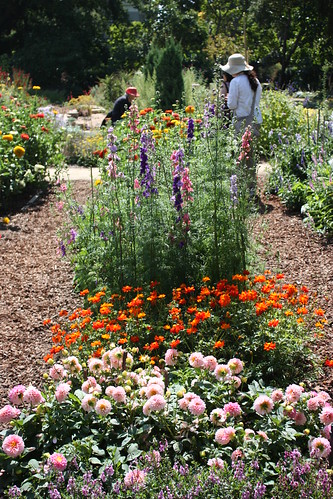 And they had a bathroom, which was perfect, because I really had to go. As I was peaceably doing my business, someone got into the stall next to me and let out a sighing fart. I flushed, left my stall, and went to wash my hands.

Now keep in mind: I’m a bit fastidious. Coliform bacteria freaks me out. So do public bathrooms. So I decided to wash my hands after peeing. I know. I’m a lunatic. What can I say? As I was doing so, the woman in the other stall exited and started washing her hands, at which point we had the following exchange.

Crazy Bitch: (sweetly) You’re not from around here, are you?

Crazy Bitch: (not so sweetly) You waste a lot of water. We have a shortage here. People from this area know not to be so wasteful.

I’m not really sure what I said at this point, because I kind of freaked out. I think I said something bullshit about how we recycle water back to the gardens where I’m from, or some other such nonsense that may or may not be true. I was still sort of in shock about the whole thing. But I did remember how we concluded.

Me: Well, I’ll try to watch how much water I use.

Of course, in reality, I kind of wanted to say either of the following:

Instead, I did what any reasonable adult would do. I took photos of her as she got into her Mercedes, knowing I’d blog about it later: 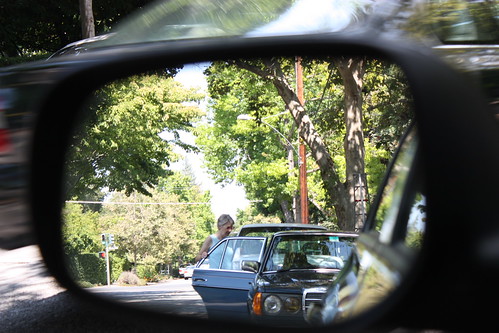 I hope you choke on your feelings of self-satisfaction, you miserable whore.

… because it was (say it with me, kids!) A DICK MOVE, GARDEN CENTER LADY!