Oh, dear Kathika. I was hoping it wouldn’t come to this, but you’ve left me no choice. I mean, honestly, after reading your “most romantic spots in NYC” post, what did you expect from me? Because, really, it doesn’t seem like you’re trying very hard. I can only assume, that like Stephanie Tanner’s famed dance recital you want to fail. Perhaps you think that success in travel blogging will take you away from your family, much like Stephanie’s dance troop promised to take her away from the Tanners. And while leaving behind most of them would be fine, it would be tragic to depart from the bowl of deliciousness that is John “Uncle Jesse” Stamos.

In that respect, I understand, Kathika. You probably have your own equivalent of Uncle Jesse locked up in your basement, quietly strumming his guitar in little else than a leather vest. Why even bother leaving the house? I mean, who says you need to travel to be a travel blogger?

So, Kathika, I dedicate this post to you: The 10 most romantic places in NYC where you should take Full House’s Uncle Jesse. Should you and your dark-haired Adonis ever choose to unravel from your post-coital knot of limbs and tongues long enough to actually take a fucking trip, I hope you heed my advice. Until then, remember to hydrate. 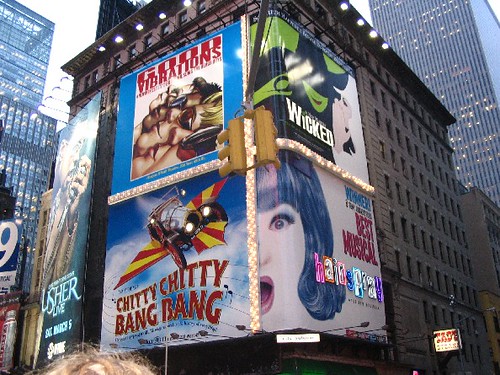 I suggest: Off-Broadway. Prove to your date that you understand the nuances of his craft by finding a lesser-known (and cheaper) show in some drafty hovel of a theater that leaves you clinging to one another for warmth. Rawr.

You suggest: Central Park. Because what’s more romantic than the smell of urine and scores of sweaty joggers? 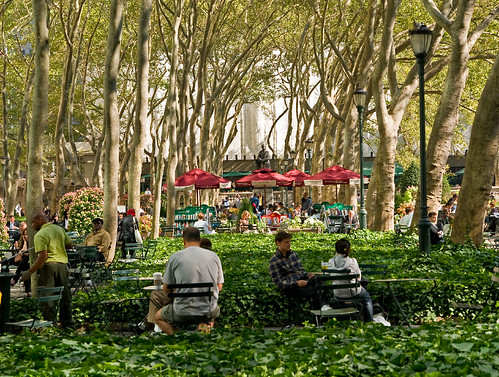 Photo courtesy of dandeluca, via Flickr.com

You suggest: The Empire State Building … because you love cliches. In real life, it’s overcrowded, pricey, and subject to some crazy weather.

I suggest: Times Square. Just as iconic and crowded, but wonderfully noisy and alive, and admission is free. Go in the middle night, after you’ve had a few glasses of wine and you’re dizzy with love and booze. Listen to the sound of the city, and realize that there’s no place you’ve ever been happier, than right there with Rand. Err, I mean Uncle Jesse. Yeah. 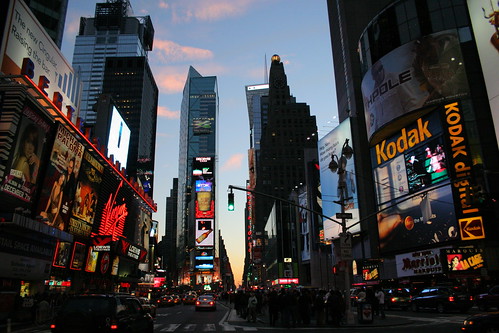 Photo courtesy of zoonabar, via Flickr.com

You suggest: Battery Park. Sorry, but seeing the remains of the WTC globe, broken and sad, will not put anyone in the mood. 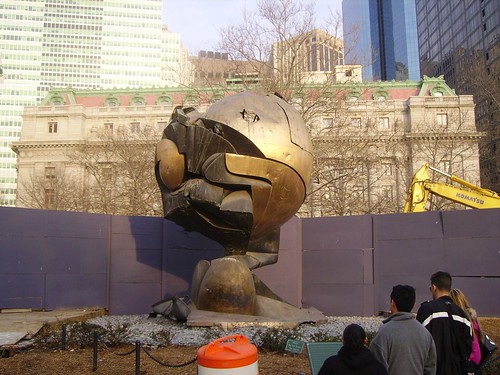 Photo courtesy of thebarbarian87, via Flickr.com

I suggest: Hudson River Park, a newer, more manicured extension of Battery Park. Because Jersey is prettiest when viewed from nowhere near Jersey.

You suggest: Sailing the Hudson. Apparently (I could not make this stuff up), the tour includes delicious homemade wraps by Frankie Bruno’s famous “Mr. Wraps” of Hoboken. And trust me, Frankie Bruno has romance coming out the wazoo.

I suggest:  Dinner at Gigino at Wagner Park – the food is good, the views outstanding. See the Hudson without having to actually smell it. Conclude with dessert eaten off your date’s body.

You suggest: Tiffany’s. There are so many problems with this, I’ve enumerated them: 1.) Looking at over-priced blood diamonds should not arouse anyone who you’d actually want to schtupp. 2.) Everyone is fat compared to Audrey Hepburn, you insensitive clod. 3.) George Peppard‘s character was actually gay in the book. 4.) Now I’ve got the theme to The A-Team stuck in my head. Thanks a lot.

I suggest: Magnolia Cupcakes. Because you can afford anything in the store. Because you’ll want to do something (or someone) to burn off those extra calories. Because us fat-bottomed girls really do make this rocking world go round. 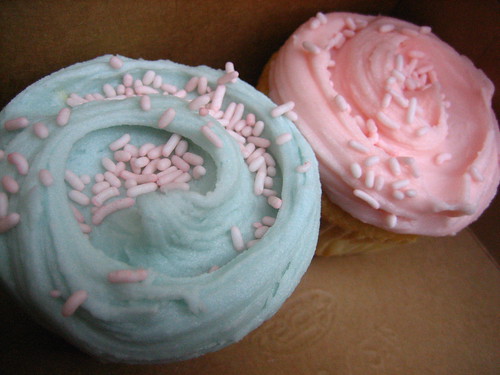 Photo courtesy of luisvilla, via Flickr.com

You suggest: The MoMA. Which, I admit, is kind of cute. Safe, but cute.

I suggest: The Neue Gallerie. Usually German/Austrian art museums don’t put people in the mood (unless they’re into nihlism and whips. If so, score!) – but the Neue is unusual, intimate, and has some incredible permanent pieces, including an Egon Schiele self-portrait and a decadent $135 million Klimpt. If he asks where the Greek artists are, simply offer your body as his canvas.

You suggest: Rockefeller Center Ice Skating. Unless falling on your ass becomes the new suave, I say no.

I suggest: A crash dance course at Dance Manhattan. So you can do whatever the Greek equivalent of the Lambada is. 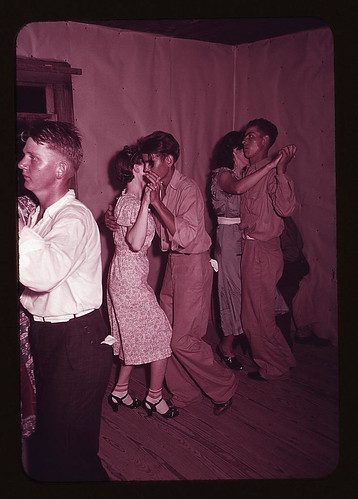 Um. It's like this, but less Depression-y. (This is the only rights-free image I could find. Thanks, Library of Congress!)

You suggest: The Statue of Liberty. Because patina and crowds turn you on. 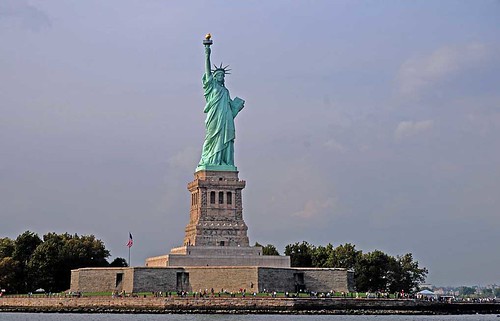 Photo courtesy of Koshyk, via Flickr.com

I suggest: The fire station from Ghostbusters. Just as historical. Thrice as awesome.

Photo courtesy of Doonvas, via Flickr.com

You suggest: One If By Land, Two If By Sea. Admittedly, everyone says is romantic. But you know what else everyone said was romantic? Titanic. And that movie sucked.

I suggest: Zabar’s. What’s hotter than fresh rugelach and 12 kinds of smoked salmon? NOTHING.

Photo courtesy of surlygirl, via Flickr.com

There you go, Kathika. 10 more romantic things to do in New York with your Greek sheik. I hope you use this information wisely next time you and your beloved head to Manhattan. But honestly, if you left your hotel room, I’d be sorely disappointed. You, on the other hand, will just be sore. ZING! THAT’S RIGHT – I WENT THERE.

And, because there is a god, and he has a great sense of humor, I found was able to find this:

I cannot believe that exists. I have never been so happy.