I want to be friends. I really do. I even follow you on twitter. But seriously, your last article about “hot” Seattle restaurants? Eeep. I’m sorry. I didn’t want to tell you like this. But it was a little off. For one thing, all of those restaurants are crazy pricey and overrated. For another, most of them are populated by old, rich, white men (see El Gaucho and The Met). Plus,  it’s been 90 degrees here for the past two weeks, and no one has air-conditioning – we don’t want “hot” restaurants. And lastly, you spelled Campagne wrong.

So I figured I’d help in the only way I can. I’d refute your article point by point. I know – I kinda suck. It’s why people love me. Or maybe why they hate me. Truth be told, I don’t really pay attention anymore …

You recommend: Wild Ginger. I actually ate here last week, and it wasn’t bad. The food is a little pricey, but the bigger problem is that this place has no soul (plus, like, 3 of my former bosses are investors here).

I recommend: Jack’s Tapas, Mainly Chinese. Yes, that’s it’s full name. No, they don’t have tapas. And it’s not “mainly” Chinese – it’s ALL Chinese. Get the scallion bread, shaved noodles, and crispy duck. 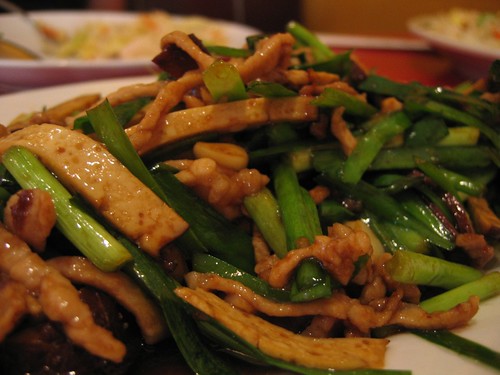 Photo courtesy of jwalsh via Flickr.com

You recommend: The Kingfish Cafe. I’ll confess, I’ve never been there, but that’s mostly because no one can get in. The lines are insane.

I recommend: Ezell’s fried chicken. Oprah has it flown out. Who are you going to listen to? Oprah, or … THE ANSWER IS ALWAYS OPRAH.

You Recommend: Ray’s Boathouse. I’ll admit, the views are amazing, but I’ve never had a truly great meal here. It’s also a middle-aged meat market. Old people hooking up is not appetizing.

I recommend: Matt’s in the Market. Yeah, they’ll rush you out (after you’ve finished eating) because they’re always super busy. With good reason. Great seafood, super fresh, and hidden enough as to make you seem like a badass when you find it.

Photo courtesy of SauceSupreme via Flickr.com

You recommend: Canlis. In this economy, that’s just funny.

I recommend: Etta’s. You’ll get the same creative Northwest cuisine for much less money. Plus, instead of mints, they have Swedish fish. That’s Seattle.

You recommend: The Metropolitan Grill. Are you Don Draper? No? Then don’t eat here.

I recommend: Skillet. You want manly? They have bacon jam. THEY HAVE A JAM MADE OUT OF MEAT. Do you hear me? Meat. It’s awesome. 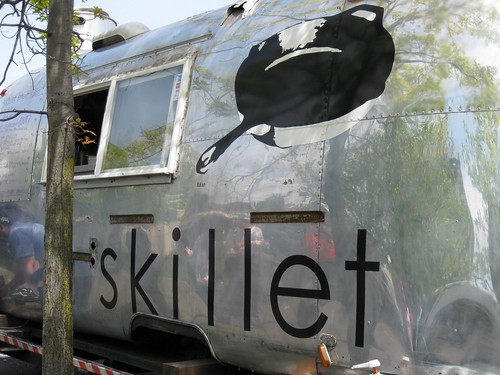 Photo courtesy of inuyaki.com via Flickr.com

You recommend: Assaggio. Which, granted, is well-reviewed. But as an Italian, I’ve learned not to trust people named Mauro. Sorry.

I recommend: La Vita e Bella. Cheaper than Assaggio, and in the same neighborhood, it serves great pasta, pizza, and dessert. And everyone there – including the waitstaff – is Italian (and to my knowledge, no one is named Mauro).

You recommend: El Gaucho. Which makes me think you aren’t even trying.

I recommend: La Carta De Oaxaca. At about 1/10th the price of El Gaucho, you’ll have one of the most remarkable and unique meals you can get in Seattle. Get the pork in mole sauce, and laugh at the foolishness of those who decided to eat anywhere else.

You recommend: Chez Shea. I’ve lived here for 20+ years, and not only have I never eaten here, I’ve never met anyone who’s eaten here. Personally, like R.O.U.S.s, I don’t think it exists.

I recommend: Entre Nous. What is more romantic than old French films projected on the ceiling, while you wolf down 2 baguettes and 3 pounds of cheese? NOTHING.

You recommend: Champagne. Which isn’t the name of a restaurant. Campagne is.

I recommend: Le Pichet. I can only assume the name is French for “awesome”. A stone’s throw from Campagne and exponentially cheaper. French onion soup. Pate. Cured meats. Pastries. Drool. 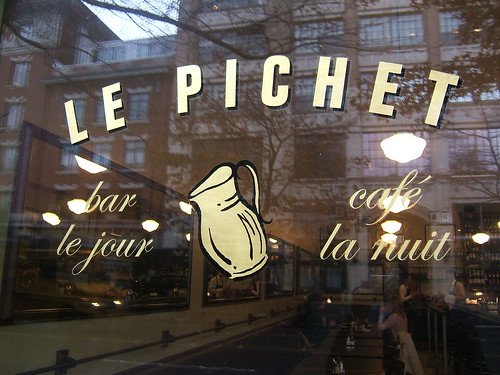 Photo courtesy of WordRidden, via Flickr.com

Okay, Kathika. That’s all I’ve got. I’m sorry if I was harsh. We really should make up and be friends. How about dinner? I’ll pick the place.