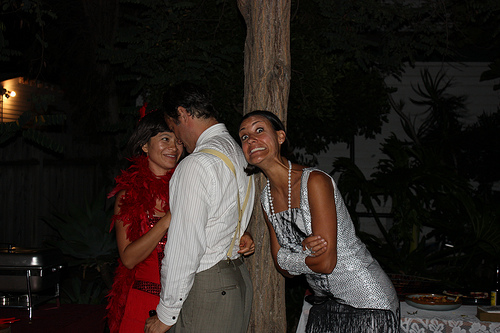 Once, many years ago, I had my heart broken by a boy. And he was ruthless, in a way so creative and diabolical, that it was humorous. Like the time we bought a joint birthday present for a friend, and he replaced my name on the tag with his new girlfriend’s. Or the way he’d ignore me until I found other prospects, and then come over just long enough to steal their phone numbers from my hand (yes, this actually happened).

In short, he was an ass. And I needed to coin a term to decribe just how assy he was. He made me want to giggle and pull my hair out simultaneously. In the end, I settled on the word “fragglement” to describe that fractured, frenetic, incredulous-to-the-point-of-laughing, happy-sad state he put me in. And while he is long gone, fragglement stays with me to this day.

Sometimes, with travel, you’ll see or experience things so marvelous or craptacular that our current lexicon does not suffice. As with fragglement, we have no choice but to add new terms. Some of these are mine. Some I’ve gleaned from friends. Some, from crappy magazines. I’ve attributed where I could. Please feel free to add your own in the comments section.